The elegant cinnamon fern, Osmundastrum Cinnamomeum, gets its name from the reddish-brown, narrow spikes that rise from the green center. In mid to late spring, these beautiful stalks bear the spore capsules that open for the reseeding and reproduction of new plants. Resembling cinnamon sticks, they are show-stopper that adds drama to any shade garden.

Also, the new spring fiddleheads appear in a shiny, furry coating. Mature fronds are sturdy and form an arching, vase-like shape. Since this beauty can grow up to five feet tall and is almost complete, it's in demand as a perennial attraction in any plot. Hardy in zones 4 - 9, it's a low-maintenance plant that adds beauty to any environment.

Landscapers prize the cinnamon fern as it expands in beds and graces tall borders. Add other shade lovers like the old Cambridge scarlet Monarda, and it awakens any cottage garden. Additionally, naturalizing this fern with wildflowers along forested pathways sends invitations to native birds and butterflies.

Adaptability is a stable characteristic of the cinnamon fern. Maintaining moist roots enables it to flourish in sunny water gardens or stream beds. Once you start landscaping with cinnamon ferns, you'll find that one or two is never enough. So, stock up when you're in the garden center. 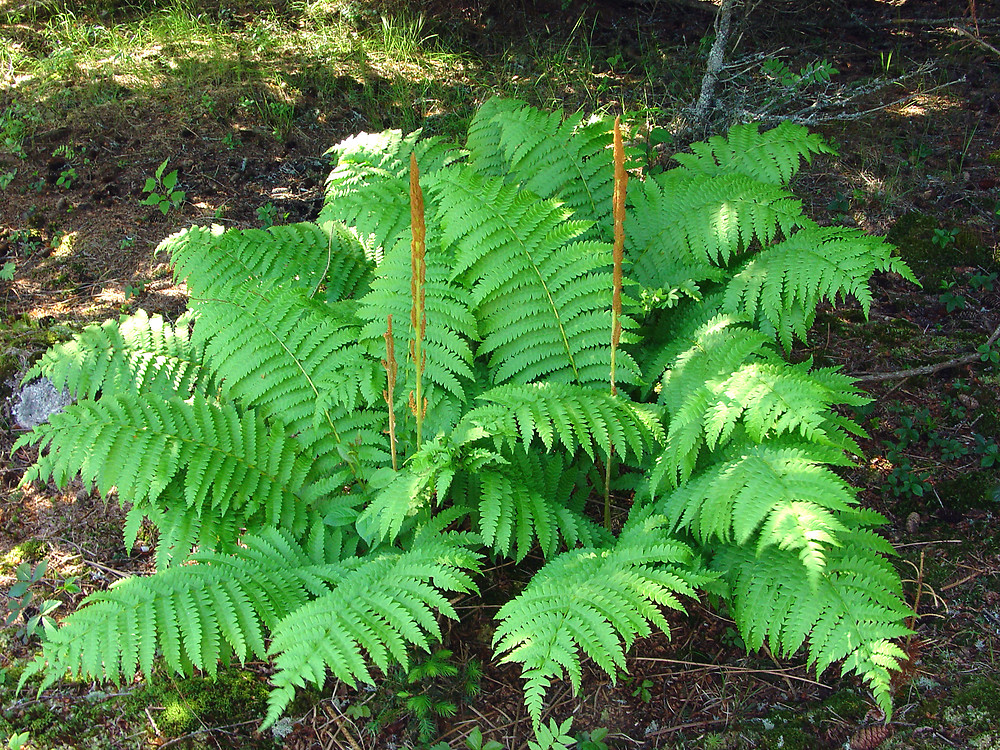 Acidic and moist, the humus-enriched soil is a favorite planting medium for the cinnamon fern. Apply a thin layer of pine needles or shredded leaves around the base as a moisture-holding mulch. Organic mulch entices free-working earthworms to move in where they cultivate and fertilize the soil with castings.

Extra attention to proper planting details, along with hydration, in the beginning, gives this fern the potential to abound into colonies. Early spring or fall is the time to divide the multiplied clumps and construct a new fern paradise.

Woodland gardens encourage visitations from the wild creatures as deer and rabbits browse uninhibited by the sheltering fern vegetation. However, since ferns are not on the menu, their foliage remains lush and healthy.